Richard F. Grasso is a graduate of the University of Michigan with a BFA in Theatre Directing. In his academic career, he assisted directors Malcolm Tulip and Linda Goodrich. Since graduation, Richard has been actively involved in Off-Broadway and Regional theaters. Richard served as assistant to the directors for the 2012 Pittsburgh CLO season alongside directors Baayork Lee, Charles Repole, Jack Allison and Barry Ivan. Richard is active in the NYC theatre scene, having served as assistant Director to Joe Calarco on the Off-Broadway musical THE MEMORY SHOW at the Transport Group Theatre Co. Other recent NYC projects include the Dramatists Guild Fund alongside Barry Ivan on the stage reading of the new work POWER PLAYS;  as well as directing new musicals HAPPILY and WHO ARE YOU?. He is currently the Artistic Director for Two Worlds Entertainment.  Richard has been actively involved in teaching piano and voice in the tri-state area for the past 12 years. He has been a past teaching artist at Young at Arts (Bronxville, NY), Spotlight Arts (Brewster, NY) and is also the Music Director for SHACAPELLA, a HS a cappella chorus in Bronxville, NY. Richard also teaches 4/5 grade band at Cottle Elementary School (Tuckahoe, NY) and is a marching drill instructor with the Brewster HS Marching Band. For more information, please visit www.richardfgrasso.com 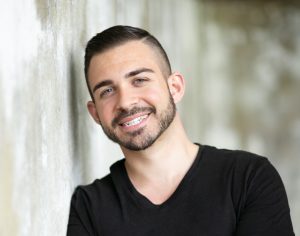